Back in 2008, while former president Barack Obama was campaigning against John McCain, three young college graduates were creatively trying to find ways to make money in an effort to pay their rent. What started as a simple solution to avoid eviction 10 years ago, has since grown into a multi-billion dollar corporation that transformed the travel and tourism industries across the globe.

Now that Airbnb is about to turn 10, get your party hat on and memorize these fun facts so you can show off your Airbnb trivia to all of your property manager friends!

In an effort to pay their impending rent, Brian Chesky and his roommates rented out an air mattress on the living room floor. The fast cash maker has since blossomed into what we’ve come to know and love as Airbnb. The use of “air” in the name is a tribute to the company’s roots.

Initial funding came from selling boxes of repackaged generic cereals coined as ‘Obama O’s’ and ‘Cap’n McCain’s’ during the 2008 US presidential election. Each box was sold for $40 and helped generate about $30,000.

The smallest “house” in the entire world once listed on Airbnb! Located in Berlin, Germany, this one square meter waterproof construction was built for one, and included a bed, desk and chair. The one-euro-a-night rental was on wheels, and also held the record of being the cheapest listing in Europe.

The rental turned out to be in such high demand that a young artist built a very similar unit in Boston, Massachusetts, which was listed as well.

Smallest House in the World (trailer) from Glen Bunsen on Vimeo.

4. Living Spaces in All Kinds of Places

When you think of Airbnb you probably think of an apartment, or maybe a single room within an apartment, but some of the more unique listings include: tree houses, igloos, furnished caves, lighthouses, yachts, castles, and even private islands.

CEO Brian Chesky listed his own property, and original Airbnb headquarters, on Airbnb until 2015. The original air mattress was no longer available for rent, but the couch was reviewed as being very comfortable and Chesky was praised for being very hospitable and down to earth.

6. Proactive Members of the Community

Following Hurricane Sandy in 2012 Airbnb, launched its emergency Disaster Response & Relief program, providing shelter for both victims of natural disasters and volunteers at no cost. The initiative has provided safe housing in nearly 100 evacuations all across the globe.

8. All Over the Map… Almost

Airbnb is active in every single country on the planet except for Iran, Sudan, Syria, and North Korea. That’s 97.95% of the world. 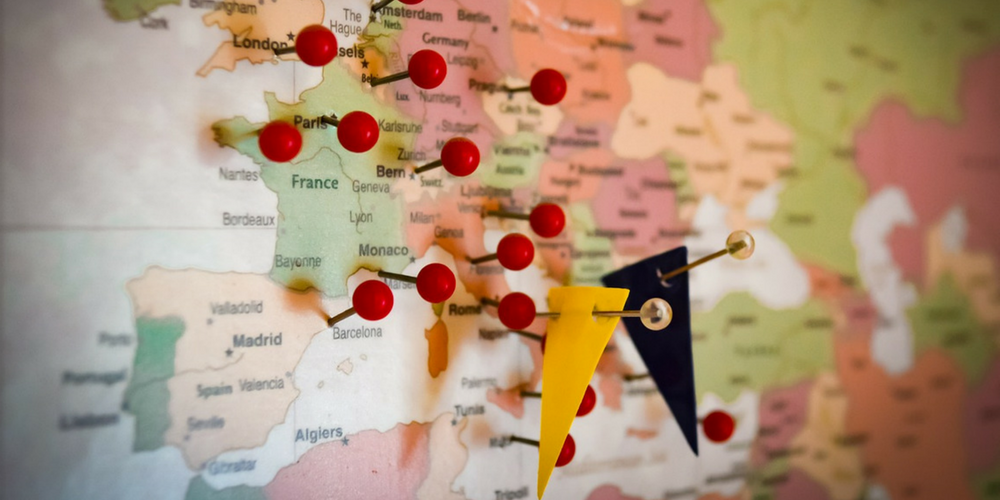 9. Airbnb Through a Crystal Ball

By its next birthday, Airbnb may be public. This past May, Chesky reported that the company will “be ready to IPO next year, but I don’t know if we will.” Microsoft also went public after 11 years, so if birthdays hold any indication of stock market success, you might want to start getting ready to purchase some shares!

10. More Than Meets the Eye

You probably noticed that Airbnb’s signature ‘A’ logo is an upside-down heart, but did you realize that the loop is the exact same shape as a map pin? This iconic logo, officially named the Bélo, stemming from the word ‘belong’, represents people, places, and love in connection with the company’s vision of connecting people from around the world and creating a global community where everyone belongs.